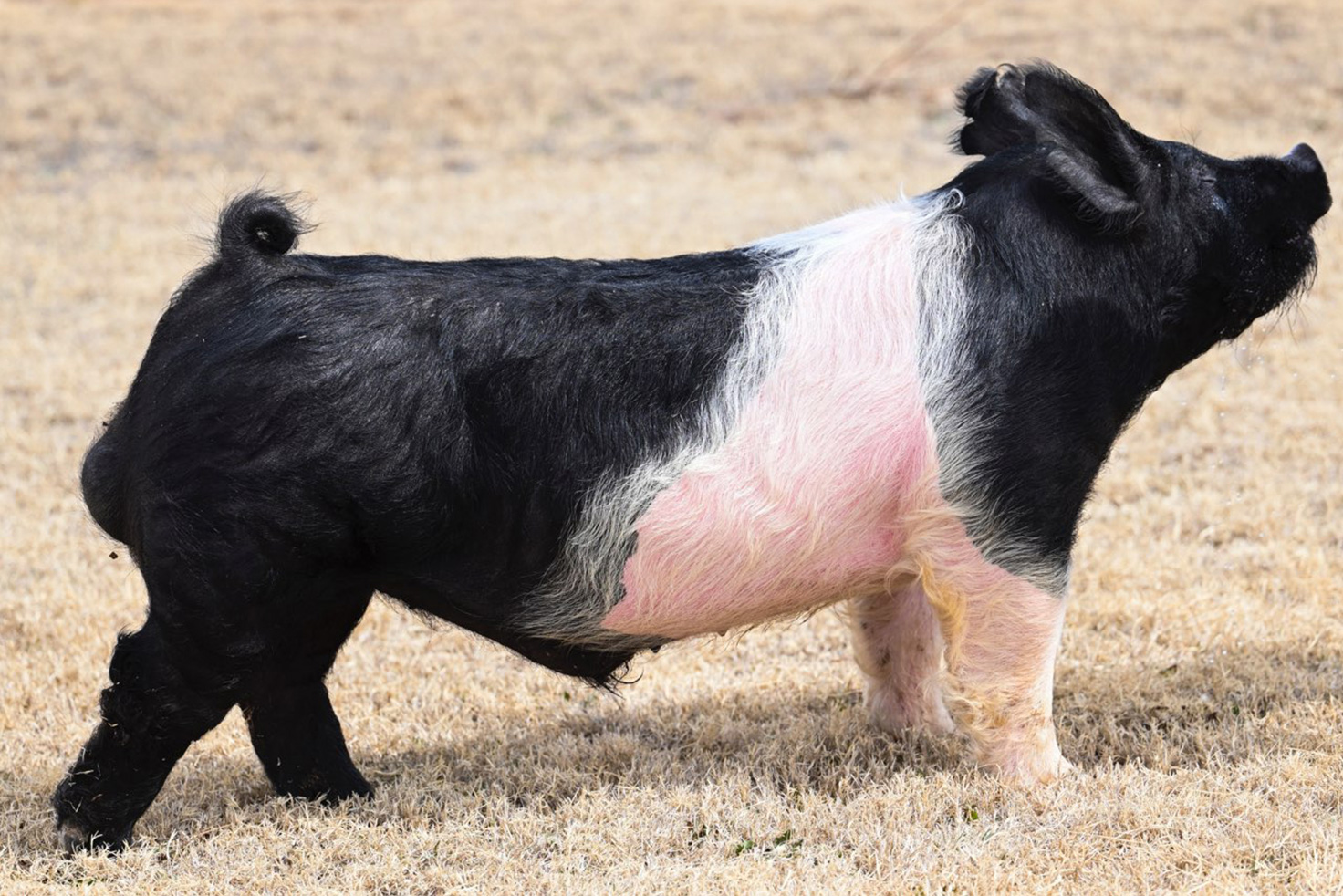 A boar with as much predictable lineage as we could inject into one mating.  This boar is out of Hold the Line, who has done exactly what we’d hoped in terms of flexibility, density, and practicality.  His mom is a 91.  Last year, the 91’s were Rusty Cage x 44-2.  The highlight of that litter was Weston’s Reserve Champion Light Cross at San Angelo that will always be a favorite that my boys have driven.  Perhaps more notably, 44-2 has been on a run, and with the people that have seen her, it’s not accidental.  Along side Weston’s barrow, she also had full sibs the following litter which produced, SOUL (at Bobell’s), Knecht’s Grand Champion at the 2021 Ohio State Fair, and Cade Petersen’s Reserve Division Champion at Ohio.  She had Intentional’s this past Summer, and Goss, Bobell and SGI partnered up to by Knock Knock who has been well received in Iowa.  This boar is athletic, stout headed, and his joints read clean and loose.