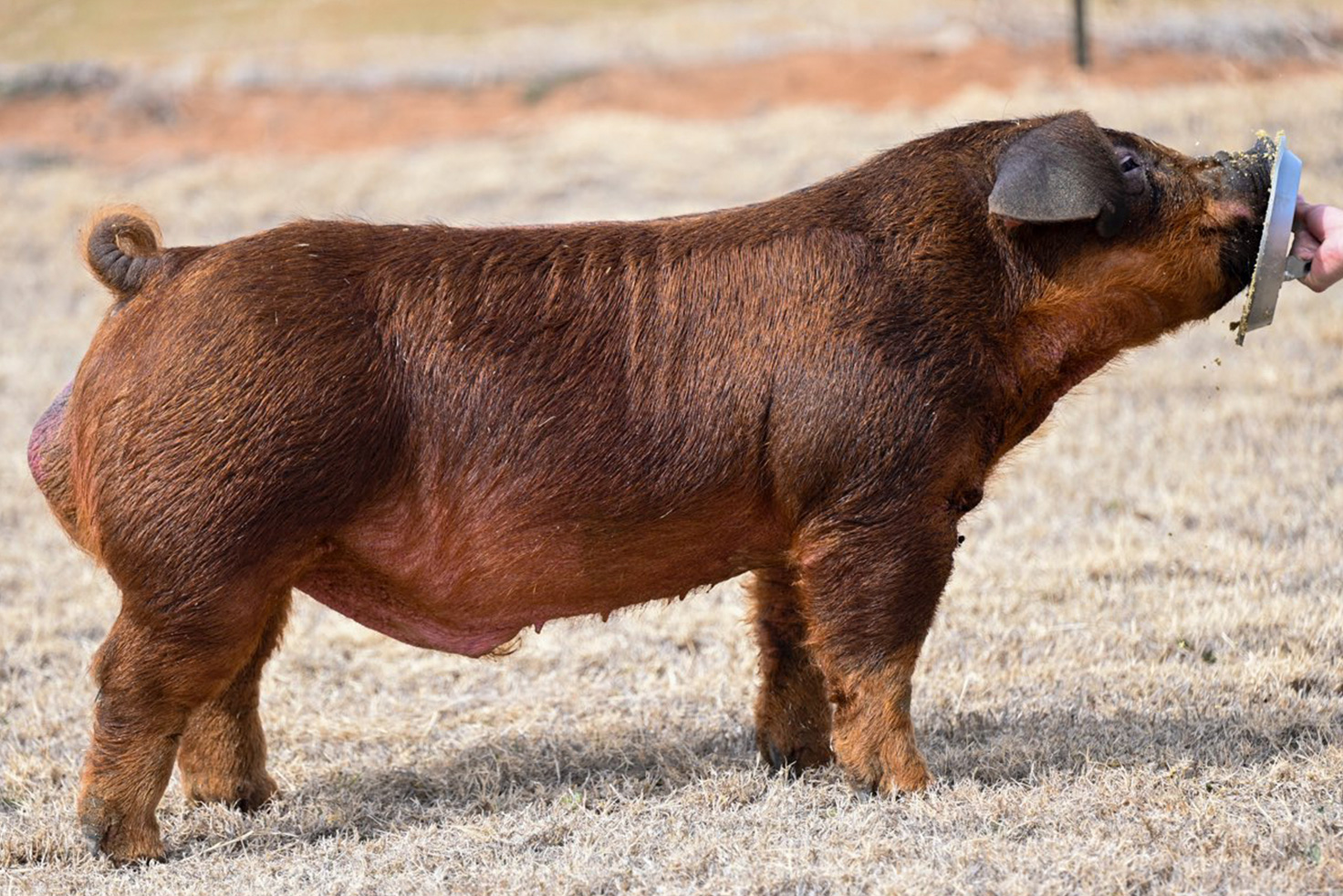 I always make a tour in December to check on the pigs that we sold and visit with our friends in Louisiana.  The first day of my trip, I saw two Duroc gilts that absolutely floored me.  I didn’t know lineage or where they were from, but Rodney told me that the guy (Paul Laiche of Laiche Showpigs) who raised them was on our tour the following day.  As I had hoped, he had a littermate boar laying around!  We have had very good luck with our 76’s here, and once I found out that that’s what he was; and also tied back into some of Beck’s better sows, it was a no brainer to grab him and bring him back here. The littermates to this boar have proven themselves this spring. Most recently, Paul took two gilts to Belton that were well received, and that was highlighted by his $8,000 Reserve Champion Duroc Gilt.

This boar is athletic, good built, with a big rib cage and awesome feet.  All I can say is if he generates the way he and his sisters look, he will be a fun one to have around for a little bit!