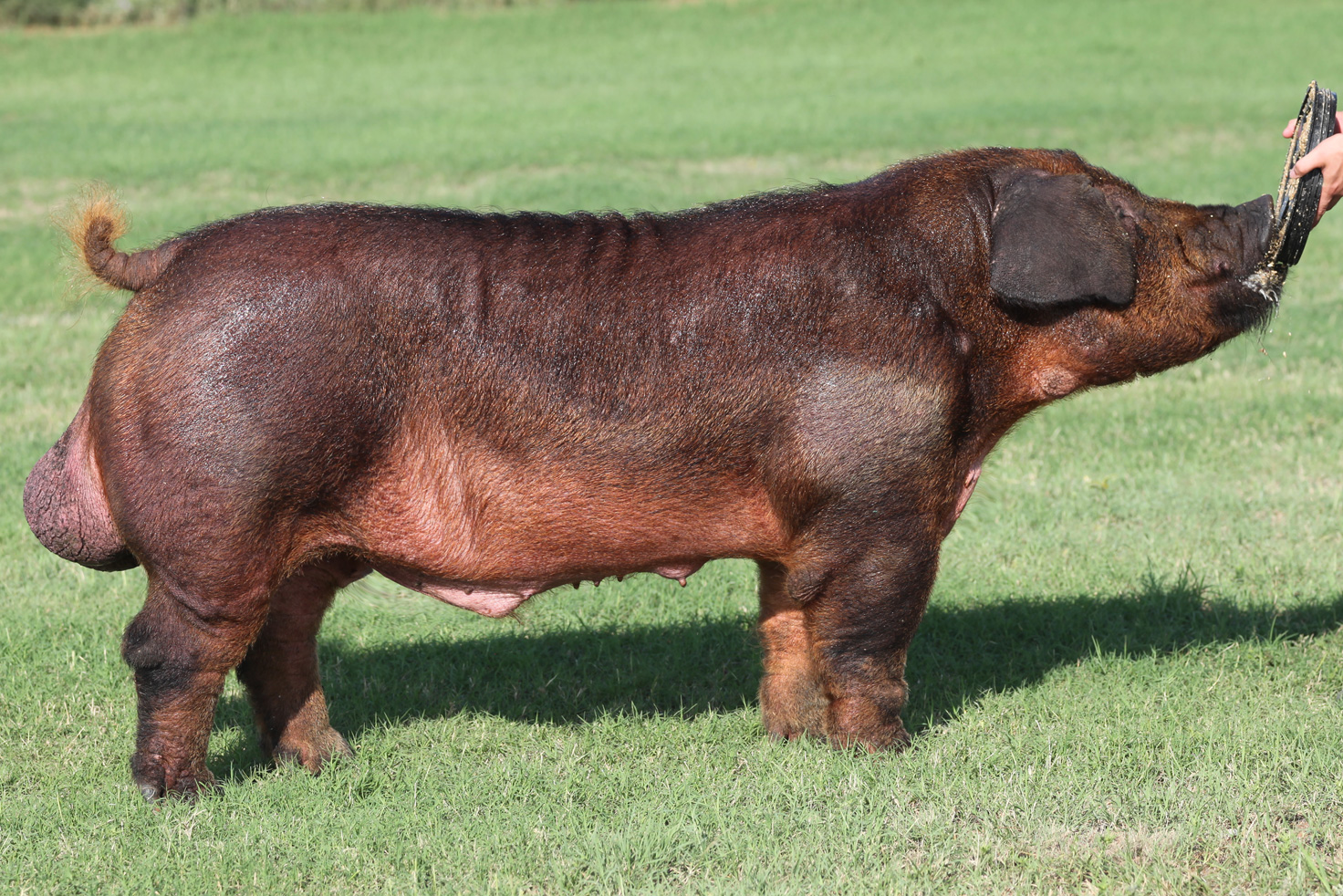 SCUBA STEVE is a result of our purchase from Doug Stewart a few years back at the Extravaganza.  She herself was a class winner at the Exposition in 2018 For Grant.  Her resume for making winners is long, and is highlighted by Weston’s Champion Duroc and Supreme Overall Gilt at the State Fair of Texas in 2019.  She’s also the mother of the Champion Duroc barrow at the State Fair of Texas in 2020 and the Reserve Duroc Barrow at San Antonio in 2021.

SCUBA STEVE’s mother is a Next Chapter daughter that is a littermate to Weston’s gilt at the State Fair that year.  The litter that he came out of was incredible, and we’ve got 1 sister in production that is certainly holding her own in the Duroc mix at the farm.

His first crop included a slew of winners, including Brantley Platt’s gilt that was Champion Duroc and in the top 5 numerous times, and Ella Bobell’s barrow that won the last class of Duroc Barrows at Expo.  Also, a littermate to those two is Big Daddy who is currently standing at Premium Blend.

SCUBA STEVE has an incredible look, good, square toes, and is broad and square down low.  Take him to those sows with just a little extra bulk and muscle.